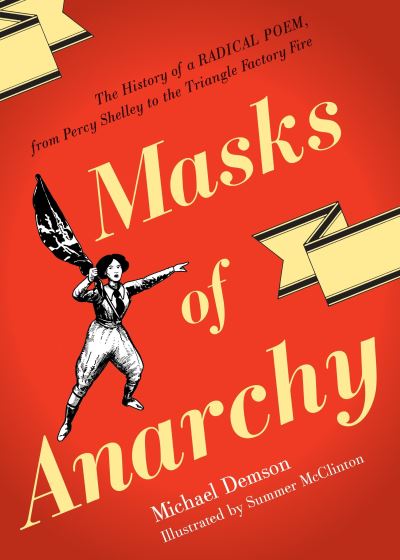 Masks of Anarchy tells the extraordinary story of Shelley's "The Masque of Anarchy," its conception in Italy, its suppression in England, and how it became a rallying cry for workers across the Atlantic a century later. "Shake your chains to earth like dew," it implores. "Ye are many - they are few." In 1819, British troops attacked a peaceful crowd of demonstrators near Manchester, killing and maiming hundreds. News of the Peterloo Massacre, as it came to be known, traveled to the young English poet Percy Shelley, then living in Italy, who immediately sat down at his desk and penned one of the greatest political poems in the English language. His words would later inspire figures as wide-ranging as Henry David Thoreau and Mahatma Gandhi - and also Pauline Newman, the woman the New York Times called the "New Joan of Arc" in 1907. Newman was a Jewish immigrant who grew up in the tenements of New York City's Lower East Side, worked in the Triangle Shirtwaist Factory, and came to be one of the leading organizers - and the first female organizer - of one of America's most powerful unions, the International Ladies' Garments Workers' Union. Marching with tens, sometimes hundreds of thousands of New Yorkers in the streets, Newman found Shelley's poetry a perennial source of inspiration.