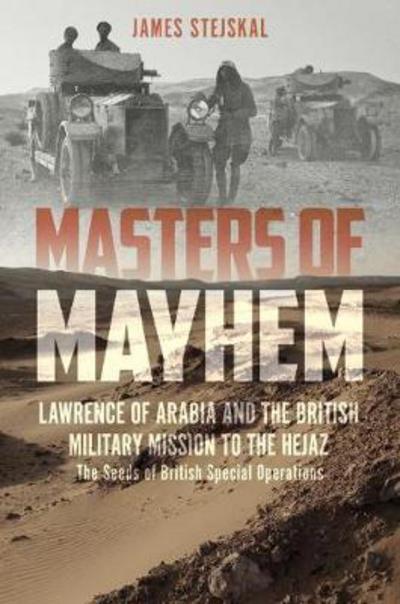 Second place in the Military History Monthly Book of the Year Award 2018 Striking where the enemy is weakest and melting away into the darkness before he can react. Never confronting a stronger force directly, but willing to use audacity and surprise to confound and demoralize an opponent. Operations driven by good intelligence, area knowledge, mobility, speed, firepower, and detailed planning and executed by a few specialists with indigenous warriors - this is unconventional warfare. T. E. Lawrence was one of the earliest practitioners of modern unconventional warfare. His tactics and strategies were used by men like Mao and Giap in their wars of liberation. Both kept Lawrence's Seven Pillars of Wisdom close at hand. This book looks at the creation of the HEDGEHOG force, the formation of armoured car sections and other units, and focuses the Hejaz Operations Staff, the Allied officers and men who took Lawrence's idea and prosecuted it against the Ottoman Turkish army assisting Field Marshal Allenby to achieve victory in 1918. Stejskal concludes with an examination of how HEDGEHOG has influenced special operations and unconventional warfare, including Field Marshal Wavell, the Long Range Desert Group, and David Stirling's SAS.