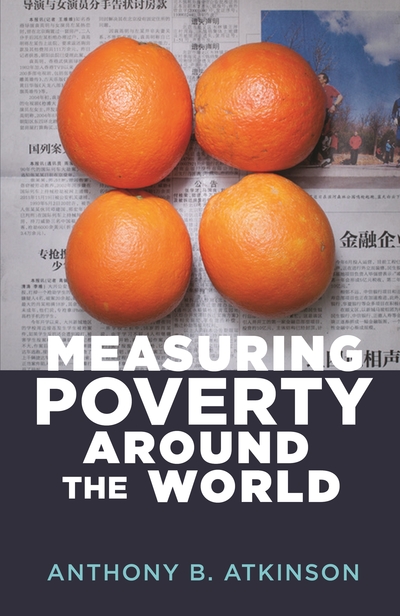 Measuring Poverty around the World

In this, his final book, economist Anthony Atkinson, one of the world's great social scientists and a pioneer in the study of poverty and inequality, offers an inspiring analysis of a central question: What is poverty and how much of it is there around the globe? The persistence of poverty-in rich and poor countries alike-is one of the most serious problems facing humanity. Better measurement of poverty is essential for raising awareness, motivating action, designing good policy, gauging progress, and holding political leaders accountable for meeting targets. To help make this possible, Atkinson provides a critically important examination of how poverty is-and should be-measured.

Bringing together evidence about the nature and extent of poverty across the world and including case studies of sixty countries, Atkinson addresses both financial poverty and other indicators of deprivation. He starts from first principles about the meaning of poverty, translates these into concrete measures, and analyzes the data to which the measures can be applied. Crucially, he integrates international organizations' measurements of poverty with countries' own national analyses.

Atkinson died before he was able to complete the book, but at his request it was edited for publication by two of his colleagues, John Micklewright and Andrea Brandolini. In addition, Francois Bourguignon and Nicholas Stern provide afterwords that address key issues from the unfinished chapters: how poverty relates to growth, inequality, and climate change.

The result is an essential contribution to efforts to alleviate poverty around the world.