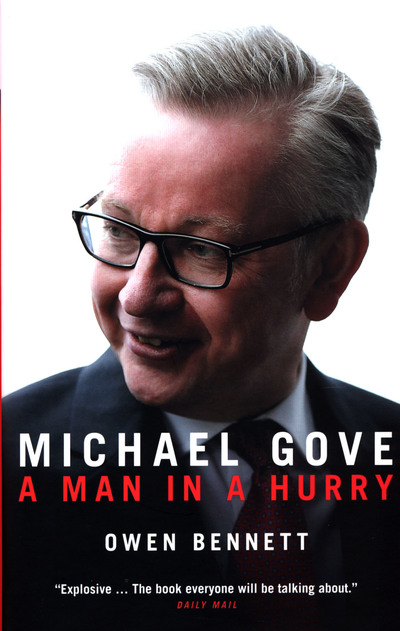 Michael Gove is one of the most recognisable faces in British politics - and one of the most divisive. Whether it's taking on the education `blob', acting as a frontman for the Brexit campaign or orchestrating one of the bloodiest political assassinations in the history of British politics, Gove is a man who makes things happen. But it was almost so different, and his story, from being born into care to standing for the leadership of the Conservative Party, could have come straight from the pages of a Charles Dickens novel. A charming man to his friends, and a cold-blooded zealot to his enemies, Gove provokes a reaction from everyone, be it loyalty, anger, respect or fury. Love him or hate him, it's impossible to deny Gove's impact on the UK over the past ten years, and, with Brexit still up in the air, he will continue to play a key role in the future of the country. Political journalist Owen Bennett's groundbreaking biography takes in original research as well as interviews with current and former Cabinet ministers, ex-colleagues from the BBC and The Times, and numerous other key players in Gove's life story. Lively and insightful in equal measure, Michael Gove: A Man in a Hurry reveals what turned the adopted son of an Aberdeen fishing family into one of the key political figures of the decade.