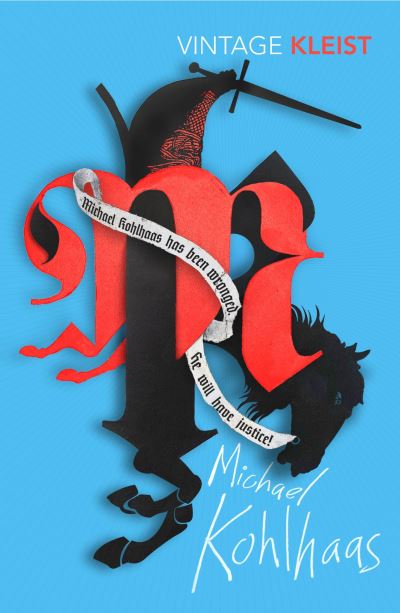 'I finished it in one sitting. Probably for the tenth time... it carries me along waves of wonder' Franz Kafka

MICHAEL KOHLHAAS HAS BEEN WRONGED. HE WILL HAVE JUSTICE.

Based on the real life of an ordinary horse-dealer cheated by a government official, Michael Kohlhaas is the darkly comical and magnificently weird story of one man's alienation from a corrupt legal system. When his attempts to claim his rights are thwarted by bureaucracy and nepotism, Kohlhaas vows to take justice into his own - increasingly bloody - hands. Will he be remembered as a dangerous enemy of the peace, or a vigilante hero?

Praised by Franz Kafka, Thomas Mann, Susan Sontag, Roberto Bolano, Werner Herzog, and J. M. Coetzee, this is one of the most influential tales in German literature. In this vital new translation by the renowned poet Michael Hofmann, Kleist's bizarre, brutal and maddening story is urgent today.