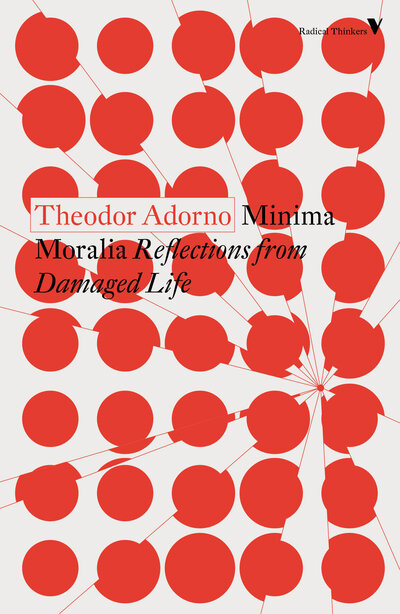 Written between 1944 and 1947, Minima Moralia is a collection of rich, lucid aphorisms and essays about life in modern capitalist society. From the books of Marcel Proust to interior design, sexuality to childhood, hotels to the rise of fascism, cinema to astrology, Adorno casts his penetrating eye across society in mid-century America and finds a life deformed by capitalism, a system whose technological and cultural marvels mask the domination which reached its apex in Nazi Germany. This is Adorno's theoretical and literary masterpiece and a classic of twentieth century thought.