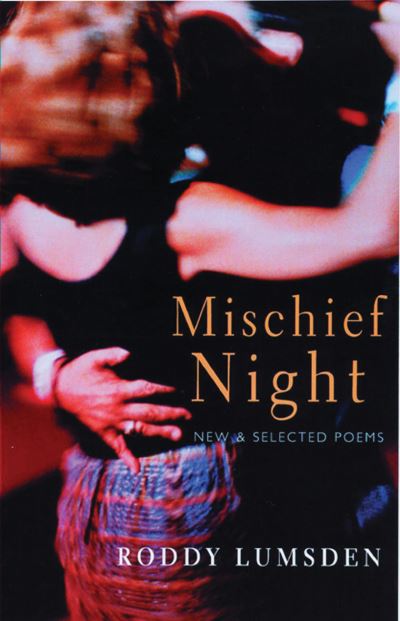 Roddy Lumsden was one of Britain's liveliest and most inventive poets of recent times. From the formal, frenetic debut Yeah Yeah Yeah, through the playful wit and cynicism of The Book of Love, to the 'magnificent song to himself' of Roddy Lumsden is Dead, this retrospective of his earlier work shows how his poetic journey was eventful, fuelled by his fascination with the intrigues of men and women and the short steps from real life to folklore to the surreal. Mischief Night brought together the best work from Roddy Lumsden's three previous collections, as well as a whole new collection, The Drowning Man. It also contains poems from his pamphlet The Bubble Bride and the previously uncollected sonnet sequence Cavoli Riscaldati. It was followed by four later collections. Poetry Book Society Special Commendation.