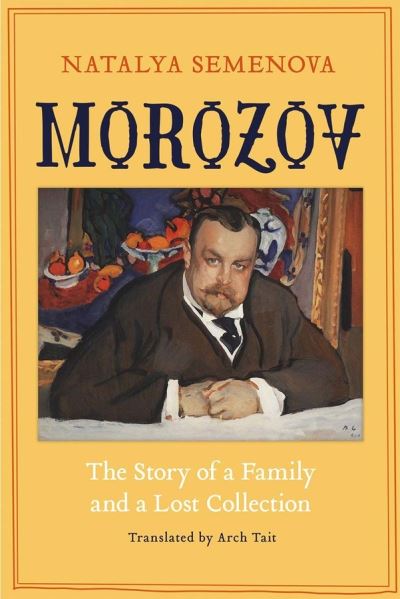 "A century of Russian culture distilled in the story of the life, family and collection of the lavish, lazy, kindly, eccentric grandson of a serf who brought Monet and Matisse to Moscow, waited three years for the right 'Blue Gauguin'-and survived the first years of Bolshevik rule."-Jackie Wullschlager, Financial Times "Best Books of 2020: Visual Arts"

A wealthy Moscow textile merchant, Morozov started buying art in a modest way in 1900 until, on a trip to Paris, he developed a taste for the avant-garde. Meticulous and highly discerning, he acquired works by the likes of Monet, Pissarro, and Cezanne. Unlike his friendly rival Sergei Shchukin, he collected Russian as well as European art. Altogether he spent 1.5 million francs on 486 paintings and 30 sculptures-more than any other collector of the age.

Natalya Semenova traces Morozov's life, family, and achievements, and sheds light on the interconnected worlds of European and Russian art at the turn of the century. Morozov always intended to leave his art to the state-but with the Revolution in 1917 he found himself appointed "assistant curator" to his own collection. He fled Russia and his collection was later divided between Moscow and St. Petersburg, only to languish in storage for decades.

Morozov: The Story of a Family and a Lost Collection is being published to coincide with "The Morozov Collection" exhibition at the Fondation Louis Vuitton, Paris, in May 2021.