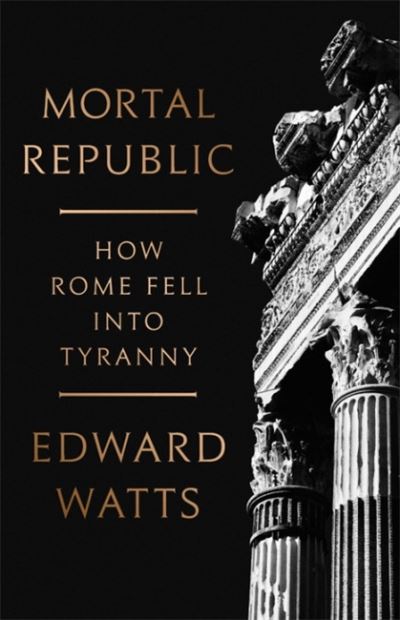 In 22 BC, amid a series of natural disasters and political and economic crises, a mob locked Rome's senators into the Senate House and threatened to burn them alive if they did not make Augustus dictator. Why did Rome--to this day one of the world's longest-lived republics--exchange freedom for autocracy?

Mortal Republic is a new history of the fall of the Roman Republic that explains why Rome made this trade. Prizewinning historian Edward J. Watts shows how, for centuries, Rome's governing institutions, parliamentary rules, and political customs succeeded in fostering compromise and negotiation. Even amid moments of crisis like Hannibal's invasion of Italy in the 210s BC, Rome's Republic proved remarkably resilient, and it continued to function well as Rome grow into the premier military and political power in the Mediterranean world.

By the 130s BC, however, the old ways of government had grown inadequate in managing a massive standing army, regulating trade across the Mediterranean, and deciding what to do with enormous new revenues of money, land, and slaves. In subsequent decades, politicians increasingly misused Rome's consensus-building tools to pursue individual political and personal gain, and to obstruct urgently needed efforts to address growing social and economic inequality. Their opponents then employed constitutional trickery to circumvent obstruction. Individuals--and Marius, Caesar and Cato, Augustus and Pompey--made selfish decisions that benefited them personally but irreparably damaged the health of the state. As the political center decayed, political fights evolved from arguments between politicians in representative assembles to violent confrontations between ordinary people in the street, setting the stage for the destructive civil wars of the first century BC--and ultimately for the Republic's end.

The death of Rome's Republic was not inevitable. It died because it was allowed to, as a result of thousands of small wounds inflicted by Romans who assumed that it would last forever. Mortal Republic makes clear that, in ancient Rome as today, when citizens take the health and durability of their republic for granted, its future is at risk.