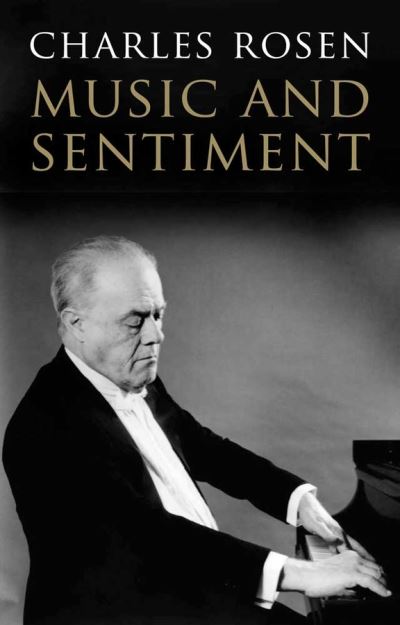 How does a work of music stir the senses, creating feelings of joy, sadness, elation, or nostalgia? Though sentiment and emotion play a vital role in the composition, performance, and appreciation of music, rarely have these elements been fully observed. In this succinct and penetrating book, Charles Rosen draws upon more than a half century as a performer and critic to reveal how composers from Bach to Berg have used sound to represent and communicate emotion in mystifyingly beautiful ways.Through a range of musical examples, Rosen details the array of stylistic devices and techniques used to represent or convey sentiment. This is not, however, a listener's guide to any "correct" response to a particular piece. Instead, Rosen provides the tools and terms with which to appreciate this central aspect of musical aesthetics, and indeed explores the phenomenon of contradictory sentiments embodied in a single motif or melody. Taking examples from Chopin, Schumann, Wagner, and Liszt, he traces the use of radically changing intensities in the Romantic works of the nineteenth century and devotes an entire chapter to the key of C minor. He identifies a "unity of sentiment" in Baroque music and goes on to contrast it with the "obsessive sentiments" of later composers including Puccini, Strauss, and Stravinsky. A profound and moving work, Music and Sentiment is an invitation to a greater appreciation of the crafts of composition and performance.