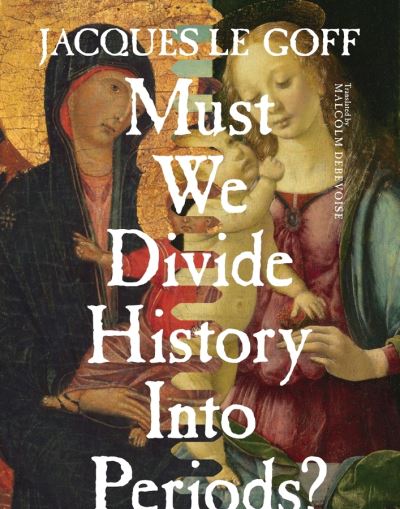 Must We Divide History Into Periods?

We have long thought of the Renaissance as a luminous era that marked a decisive break with the past, but the idea of the Renaissance as a distinct period arose only during the nineteenth century. Though the view of the Middle Ages as a dark age of unreason has softened somewhat, we still locate the advent of modern rationality in the Italian thought and culture of the fifteenth and sixteenth centuries. Jacques Le Goff pleads for a strikingly different view. In this, his last book, he argues persuasively that many of the innovations we associate with the Renaissance have medieval roots, and that many of the most deplorable aspects of medieval society continued to flourish during the Renaissance. We should instead view Western civilization as undergoing several "renaissances" following the fall of Rome, over the course of a long Middle Ages that lasted until the mid-eighteenth century. While it is indeed necessary to divide history into periods, Le Goff maintains, the meaningful continuities of human development only become clear when historians adopt a long perspective. Genuine revolutions-the shifts that signal the end of one period and the beginning of the next-are much rarer than we think.