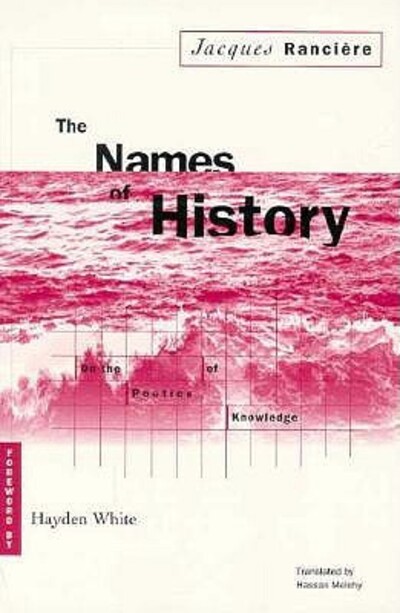 History in our day is still a story, and yet one from which we expect to tell the truth - not just the facts, the names and events of the past, but the invisible order and forces behind them. How can the language of history balance these seemingly contrary tasks - the narrative, the scientific, and the political? This is the question Jacques Ranciere explores in "The names of history", a meditation on the poetics of historical knowledge. In the works of writers from Jules Michelet to Fernand Braudel, Ranciere traces an ongoing revolution in historical study, a movement that challenged, in the practice of language, the opposition of science and literature. By way of a commentary on Erich Auerbach, he shows how fictional narrative intertwines with historical narrative to produce a "truth" that retains mythical elements. The poetics of knowledge Ranciere develops here is an attempt to identify the literary procedures by which historical discourse escapes literature and gives itself the status of a science. His book is also an appreciation of Braudel, whose work in the Annales school greatly advanced this project. Ranciere follows and extends Braudel's discursive production of new agencies of history, which accounts for both the material conditions in which history takes place and the language in which it is written.