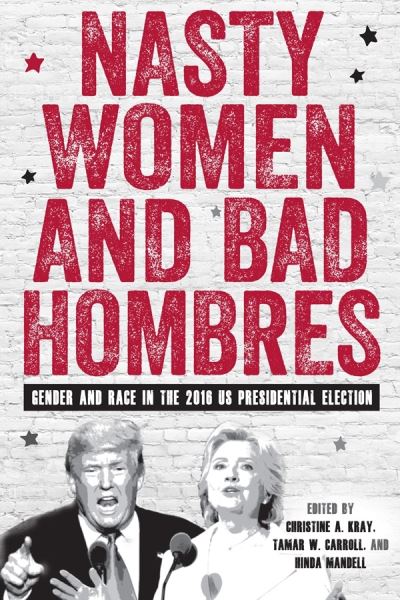 Gender and racial politics were at the center of the 2016 US presidential contest between Hillary Clinton and Donald Trump. The election was historic because Clinton was the first woman nominated by a major political party for the presidency. Yet it was also historic in its generation of sustained reflection on the past. Clinton's campaign linked her with suffragist struggles--represented perhaps most poignantly by the parade of visitors to Susan B. Anthony's grave on Election Day--while Trump harnessed nostalgia through his promise to Make America Great Again. This collection of essays looks at the often vitriolic rhetoric that characterized the election: "nasty women" vs. "deplorables"; "bad hombres" and "Crooked Hillary"; analyzing the struggle and its result through the lenses of gender, race, and their intersections, and with particular attention to the roles of memory, performance, narrative, and social media.

Contributors examine the ways that gender and racial hierarchies intersected and reinforced one another throughout the campaign season. Trump's association of Mexican immigrants with crime, and specifically with rape, for example, drew upon a long history of fearmongering that stereotypes Mexican men--and men of other immigrant and minority groups--as sexual aggressors against white women. At the same time, in response to both Trump's misogynistic rhetoric and the iconic power of Clinton's candidacy, feminist consciousness grew steadily across the nation. Analyzing these phenomena, the volume's authors--both journalists and academics--engage with prominent debates in their diverse fields, while an epilogue by the editors considers recent ongoing developments like the #metoo movement.