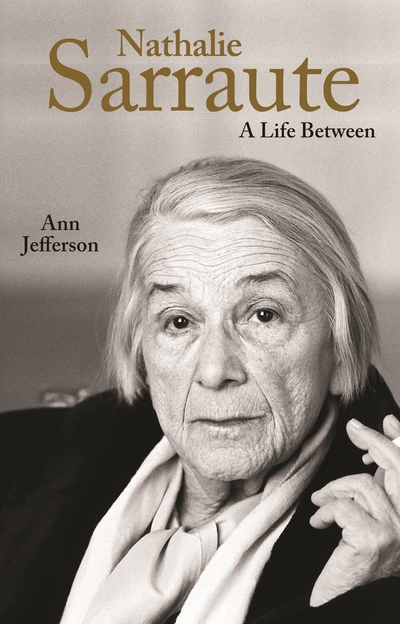 The definitive biography of a leading twentieth-century French writer

A leading exponent of the nouveau roman, Nathalie Sarraute (1900-1999) was also one of France's most cosmopolitan literary figures, and her life was bound up with the intellectual and political ferment of twentieth-century Europe. Ann Jefferson's Nathalie Sarraute: A Life Between is the authoritative biography of this major writer.

Sarraute's life spanned a century and a continent. Born in tsarist Russia to Jewish parents, she was soon uprooted and brought to the city that became her lifelong home, Paris. This dislocation presaged a life marked by ambiguity and ambivalence. A stepchild in two families, a Russian emigre in Paris, a Jew in bourgeois French society, and a woman in a man's literary world, Sarraute was educated at Oxford, Berlin, and the Sorbonne. She embarked on a career in law that was ended by the Nazi occupation of France, and she spent much of the war in hiding, under constant threat of exposure. Rising to literary eminence after the Liberation, she was initially associated with the existentialist circle of Beauvoir and Sartre, before becoming the principal theorist and practitioner of the avant-garde French novel of the 1950s and 1960s. Her tireless exploration of the deepest parts of our inner psychological life produced an oeuvre that remains daringly modern and resolutely unclassifiable.

Nathalie Sarraute: A Life Between explores Sarraute's work and the intellectual, social, and political context from which it emerged. Drawing on newly available archival material and Sarraute's letters, this deeply researched biography is the definitive account of a life lived between countries, families, languages, literary movements, and more.