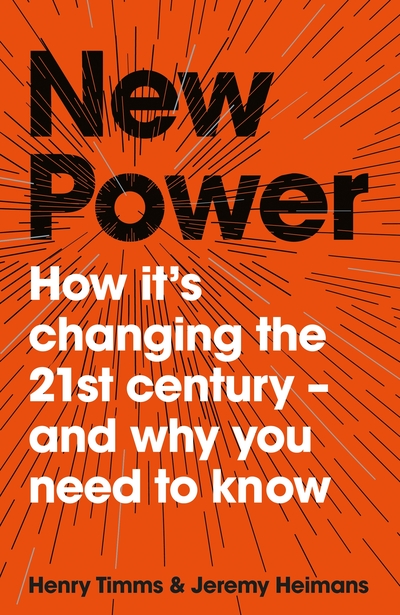 'A vital book. New Power can light a flame bright enough to outshine the glinting fangs and tiki torches' - Russell BrandFor most of human history the rules of power were clear: power was something to be seized, and then jealously guarded. Under this 'Old Power' we lived in a world of rulers and subjects.Now, we all sense that something has changed. From #MeToo to Harvey Weinstein; Corbyn to Trump; from YouTube sensations to darker phenomena such as the emergence of ISIS - in our new hyper-connected world, ideas and movements can spread and flourish with astonishing force and speed.In New Power, Jeremy Heimans and Henry Timms confront the biggest story of our age and trace how New Power is the key to understanding where we are and will prosper in the 21st Century.Drawing on examples from business, politics, popular culture and social justice, as well as case studies of organisations like LEGO and TED, they explain the forces that are changing the course of our age.In a world increasingly shaped by New Power, this book will show you how to shape your future.