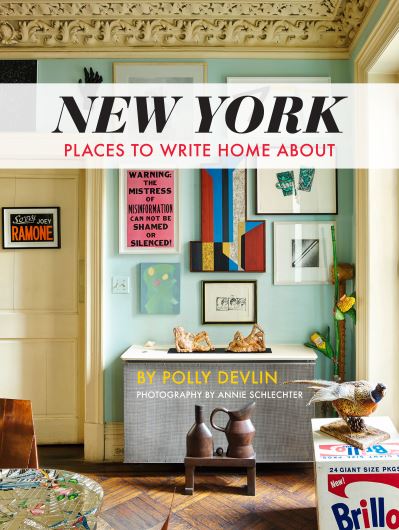 New York is a town of more quartiers and arondissements than Paris, more souks and bazaars than Cairo, a place of havens from overwhelming energy and of studios where that energy is generated. Above all else, it is where everyone wants to make a mark. And for a lot of residents the biggest mark of all is the place they live in - no matter where that is in the infinite diversity of the astonishing tumbling ziggurat that is New York. This book looks at a cross-section of these thrilling spaces for living created by New Yorkers. Ranging from the great mansions of the Upper East Side to the Tribeca loft that provides a live-work space for the high-flying architects of MPA, from the glamour of Kenneth Lane's Murray Hill apartment to Susan Sheehan's Arts and Crafts haven in Union Square, from Hamish Bowles's 'tiny Atlantis' in Greenwich Village to James Fenton's fantasy palace in Harlem, from the ivory tower that is the Modulightor Building in Midtown Manhattan to Miranda Brooks's 'garden in the city' in Brooklyn, this is a visual and literary feast of the marvellous houses and apartments of New York.