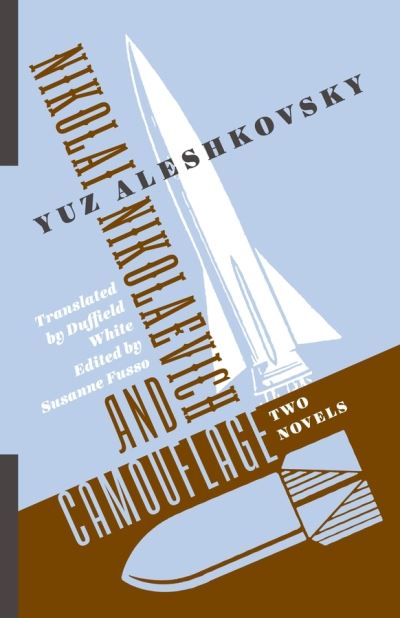 Among contemporary Russian writers, Yuz Aleshkovsky stands out for his vivid imagination, his mixing of realism and fantasy, and his virtuosic use of the rich tradition of Russian obscene language. These two novels, written in the 1970s, display Aleshkovsky's linguistic gifts and keen observations of Soviet life.

Nikolai Nikolaevich begins when its titular hero, a pickpocket by trade, is released from prison after World War II and finds a job in a Moscow biological laboratory. Starting out as a kind of janitor, he is soon recruited to provide sperm for strange experiments intended to create life in the Andromeda galaxy. The hero finds himself at the center of the 1948 purge of biological science in the Soviet Union, in a transgressive tale that joins science fiction (and science fact) with gulag slang and a love story. The protagonist and narrator of Camouflage is an alcoholic who claims that he and his gang of friends are just one part of a vast camouflaging operation organized by the Party to hide the Soviet Union's underground military-industrial complex from the CIA's spy satellites. As they pass their time on the streets and share their alcohol-inspired fantasies, they see the stark reality of the Cold War in Russia in the late seventies. Nikolai Nikolaevich and Camouflage introduces English-speaking readers to a master of the comic first-person narrative.