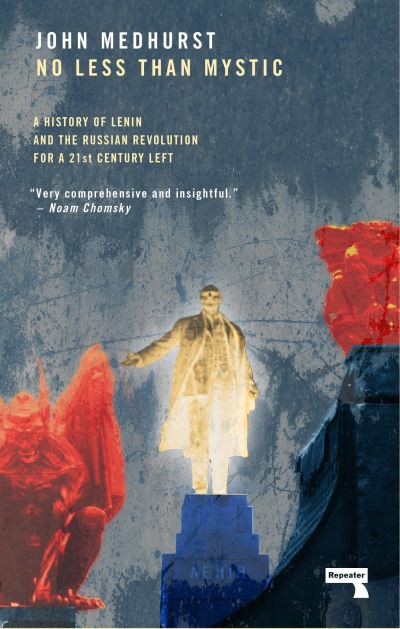 No Less Than Mystic

Published in the centenary year of the 1917 Russian Revolution, No Less Than Mystic is a fresh and iconoclastic history of Lenin and the Bolsheviks for a generation uninterested in Cold War ideologies and stereotypes. Although it offers a full and complete history of Leninism, 1917, the Russian Civil War and its aftermath, the book devotes more time than usual to the policies and actions of the socialist alternatives to Bolshevism - to the Menshevik Internationalists, the Socialist Revolutionaries (SRs), the Jewish Bundists and the anarchists. It prioritises Factory Committees, local Soviets, the Womens' Zhenotdel movement, Proletkult and the Kronstadt sailors as much as the statements and actions of Lenin and Trotsky. Using the neglected writings and memoirs of Mensheviks like Julius Martov, SRs like Victor Chernov, Bolshevik oppositionists like Alexandra Kollontai and anarchists like Nestor Makhno, it traces a revolution gone wrong and suggests how it might have produced a more libertarian, emancipatory socialism than that created by Lenin and the Bolsheviks.The book broadly covers the period from 1903 (the formation of the Bolsheviks and Mensheviks) to 1921 (the suppression of the Kronstadt rebellion) and explains why the Bolshevik Revolution degenerated so quickly into its apparent opposite, and continually examines the Leninist experiment through the lens of a 21st century, de-centralised, ecological, anti-productivist and feminist socialism. Throughout its narrative it interweaves and draws parallels with contemporary anti-capitalist struggles such as those of the Zapatistas, the Kurds, the Argentinean "Recovered Factories", Occupy, the Arab Spring, the Indignados and Intersectional feminists, attempting to open up the past to the present and points in between. We do not need another standard history of the Russian Revolution. This is not one.