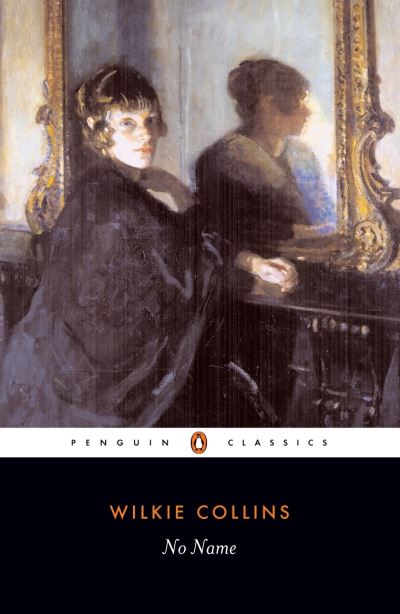 A witty, intricately-plotted exploration of a sudden fall from grace, the Penguin Classics edition of Wilkie Collins's No Name is edited with an introduction and notes by Mark Ford.

Magdalen and her sister Norah, beloved daughters of Mr and Mrs Vanstone, find themselves the victims of a catastrophic oversight. Their father has neglected to change his will, and when the girls are suddenly orphaned, their inheritance goes to their uncle. Now penniless, the conventional Norah takes up a position as a governess, but the defiant and tempestuous Magdalen cannot accept the loss of what is rightfully hers and decides to do whatever she can to win it back. With the help of cunning Captain Wragge, she concocts a scheme that involves disguise, deceit and astonishing self-transformation. In this compelling, labyrinthine story Wilkie Collins brilliantly demonstrates the gap between justice and the law, and in the subversive Magdalen he portrays one of the most exhilarating heroines of Victorian fiction.

In his introduction Mark Ford examines themes of identity and illegitimacy within Victorian society and compares No Name to Collins's more 'sensational' fiction. This edition also includes notes and a bibliography.

Wilkie Collins (1824-1889) was born in London in 1824, the eldest son of the landscape painter William Collins. In 1846 he was entered to read for the bar at Lincoln's Inn, where he gained the knowledge that was to give him much of the material for his writing. From the early 1850s he was a friend of Charles Dickens, who produced and acted in two melodramas written by Collins, The Lighthouse and The Frozen Deep. Of his novels, Collins is best remembered for The Woman in White (1859), No Name (1862), Armadale (1866) and The Moonstone (1868).

If you enjoyed No Name, you might like Anthony Trollope's Can You Forgive Her?, also available in Penguin Classics.