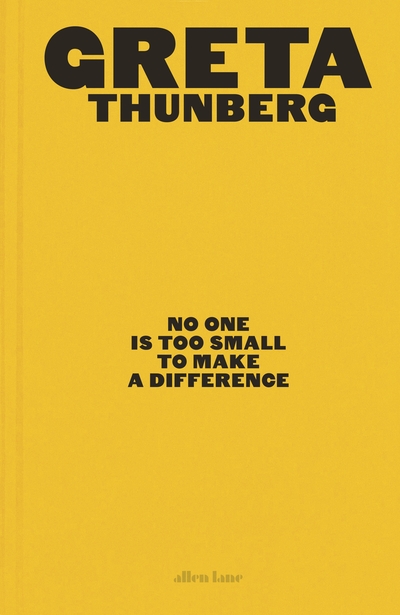 No One Is Too Small to Make a Difference

A new expanded and illustrated edition of the history-making speeches of Greta Thunberg, the young activist who has become the voice of a generation

'We are the change and change is coming'

In August 2018 a fifteen-year-old Swedish girl, Greta Thunberg, decided not to go to school one day. A year later, she was joined in her strike by over seven million people around the world.

This is the record of a game-changing year in the fight against the climate crisis. Collecting the speeches that sparked a global movement, and iconic images of those who made it happen, No One Is Too Small to Make A Difference is a rallying cry for why we must all wake up and fight to protect the living planet, no matter how powerless we feel. Our future depends upon it.

With new speeches from Vienna, Paris, New York and Montreal