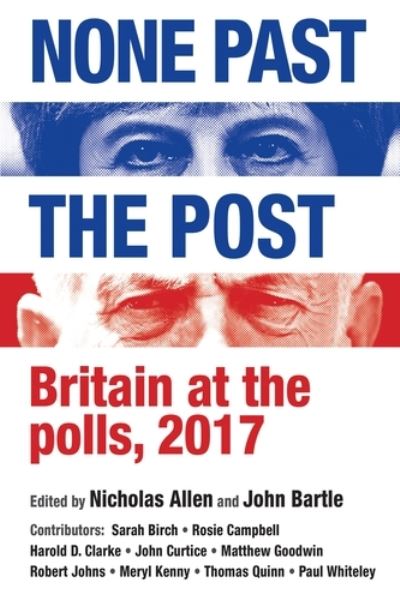 The latest book in the long-running Britain at the Polls series provides an indispensable account of the fascinating 2017 British general election. It explains why the Conservatives lost their parliamentary majority and how Theresa May returned at the head of a minority government. Leading experts analyse the Conservatives' record in government, May's fateful decision to call an early election, Labour's shift to the left under Jeremy Corbyn, the Liberal Democrats' ongoing problems, the collapse in UKIP's vote share, the SNP's diminished appeal in Scotland, and the role of gender and electoral integrity in the 2017 campaign. The book also addresses broader questions about the future of British politics against the backdrop of the 2016 Brexit referendum and ongoing austerity. Its coverage and accessible style make it of interest to general readers, students of British politics and professional political scientists.