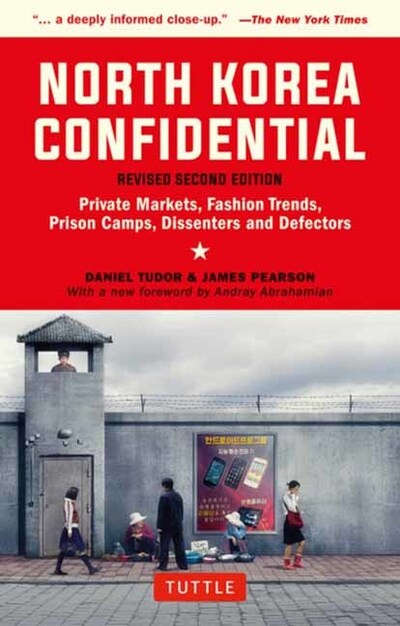 This fascinating book by celebrated journalists Daniel Tudor and James Pearson explores that very question. The authors interview experts and tap a broad variety of sources to provide a startling insider's view of the secretive North Korean society, including:Members of Pyongyang's ruling familiesDefectors from different periods and regionsForeign diplomats and NGOs with years of experience in the countryCross-border traders from neighboring ChinaTextual accounts appearing in English, Korean and Chinese sources
This book reveals that ordinary North Koreans, poor and rich alike, enjoy listening to K-pop music and are addicted to South Korean TV dramas-in direct contravention of government dictates. Pirated foreign movies and shows-American, South Korean and Chinese-are often smuggled into the country and sold. Such snippets of information help the reader understand that North Korea is undergoing dynamic changes, affecting the 24 million people who call it home.

This new edition is updated with an afterword by the authors that touches on Kim Jong-un's recent meetings with Donald Trump and Moon Jae-in. While the new foreword by Andray Abrahamian-a member of the U.S. National Committee on North Korea-offers a detailed analysis of North Korea's political discourse, changes in economic policy, and the rise and fall of optimism within the country since 2018.