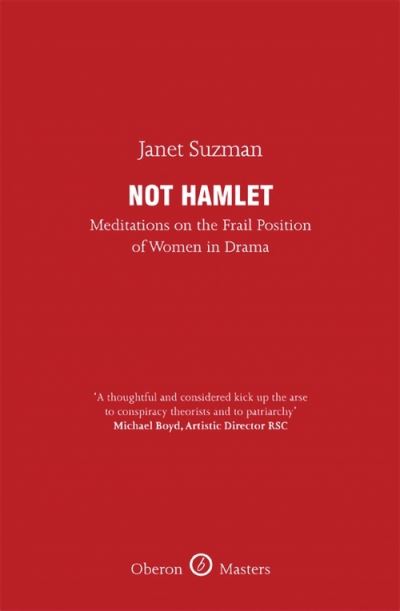 "A thoughtful and considered kick up the arse to conspiracy theorists and to patriarchy" - Michael Boyd, Artistic Director RSC Cleopatra, La Pucelle, Ophelia, Shaw's St. Joan and Ibsen's Hedda - a handful of seminal roles for women in the classical canon. Janet Suzman has played them all and directed some. Here she examines their complexity and explores why only Cleopatra has an independence that allows her to speak to modern women. None of these, regrettably, matches up to a Hamlet, but as she is grateful for the parts he did write, Suzman feels a lightly-barbed attack on those who doubt Shakespeare's authorship is way overdue. She also takes issue with received ideas on boy-actors playing mature women in Shakespeare's company, and reflects on how female characters in classical drama have not been on a level with their male counterparts. Today, on TV, film and the stage, this remains the case. Not Hamlet but Hamlette, please.