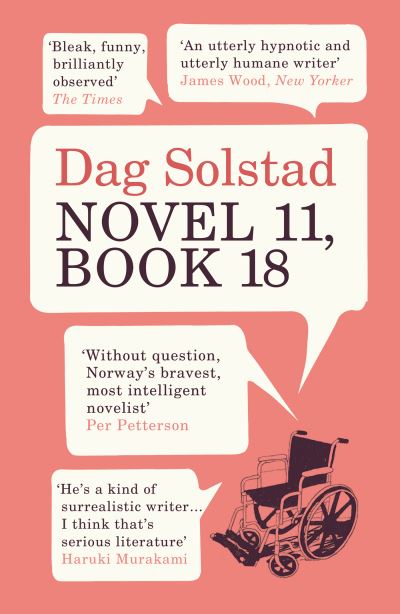 'Without question Norway's bravest, most intelligent novelist' Per Petterson

'He doesn't write to please other people. Do exactly what you want, that's my idea...the drama exists in his voice' Lydia Davis

Bjorn Hansen, a respectable town treasurer, has just turned fifty and is horrified by the thought that chance has ruled his life. Eighteen years ago he left his wife and their two-year-old son for his mistress, who persuaded him to start afresh in a small, provincial town and to dabble in amateur dramatics. But as time passes, this relationship begins to wilt and die as well.

After four years of living comfortably alone, Bjorn starts entertaining a dangerous course of action that will change his life beyond recognition. This urge to gamble with his comfortable existence becomes irresistible, taking Bjorn to Vilnius, Lithuania, with Dr Schiotz his fellow conspirator, where he cannot tell whether he's tangled up in a game or an absurd new reality.