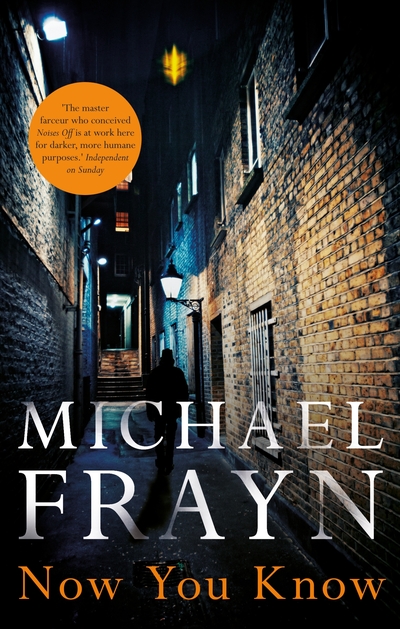 Bit of a wide boy, Terry. Got a spot of form, eye for the ladies, a real rough diamond some might say. Not without his virtues, though, as his campaign for open government shows. No secrets, that's Terry's secret. Allied to charm, that is, of course. Only one person finds it easy to resist his charm and counter his arguments and that's Hilary - one of the serious and dedicated young Civil Servants working in the Home Office in Westminster, who just happens to know the truth about the case in which Terry is currently interested. She despises him and everything he stands for. But then why is she to be found one evening walking through the back streets behind the Strand, to the run-down block where Terry's pressure group has its headquarters? Now You Know takes on government campaigns, ambitious civil servants and determined pressure groups with Frayn's trade-mark wit. Michael Frayn's other novels include Headlong, which was shortlisted for the Booker Prize, and Spies, which won the Whitbread Best Novel Award.