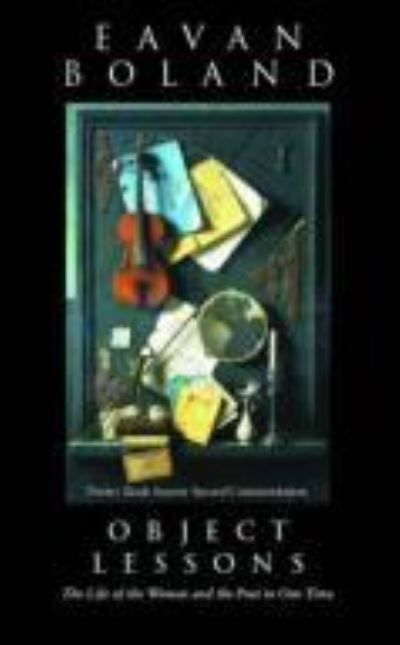 'I have put this book together, not as a prose narrative is usually constructed, but as a poem might be. In turnings and returnings. In parts which find and repeat themselves and re-state the argument until it loses its reasonable edge and hopefully becomes a sort of cadence.' In "Object Lessons" Eavan Boland meditates on womanhood in the specific places and times of her life. She engages, in a scrupulous and evocative prose, the issues of nationhood as well, clearing a space within Ireland where to be a woman and a poet has seemed in the past a contradiction in terms. The book functions in her work as Wordsworth's "Prelude" does in his, though Boland does not allow herself the luxury of rapture: to say no more or less than she means, she focuses on particulars, on 'obstinate details' that contain and represent larger meaning, connection and force. The autobiography here is not of a confessional kind: the facts which connect with other voices, other lives, matter. What the London Review of Books called Boland's 'radical but undoctrinaire feminism' informs all the related meditations in "Object Lessons", an enabling document of our time.Unease with Modernism, a concern with the erotic in time, and at every point a sense of continuities, mark the book as a portrait of a critical imagination of deep integrity finding a way among history's obstacles, finding itself in and through the lessons of the objects - particularly artifacts and poems - that it encounters.