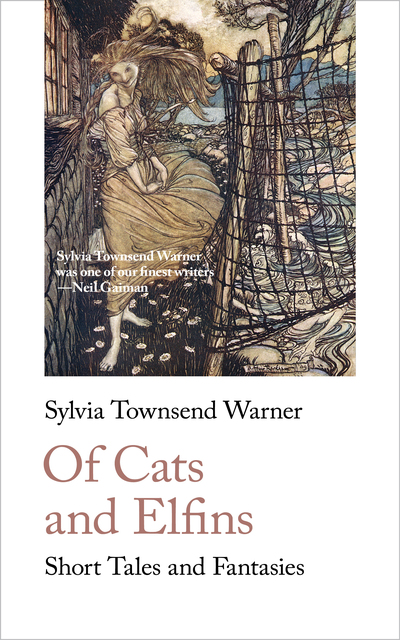 Of Cats and Elfins

Following the success of Handheld Press's republication of Sylvia Townsend Warner's fantasy collection Kingdoms of Elfin, in October 2018, the remaining four Elfin stories are gathered together with the remarkable forgotten tales of The Cat's Cradle Book (1940). This is the last major fantasy collection by Warner to be republished for a new generation of fantasy enthusiasts and Warner fans. The twenty-three stories in Of Cats and Elfins encompass scholarship (Warner's ground-breaking essay from 1927 on modern Elfinology), black humour, the Gothic, and the bizarrely anthropomorphic cats of The Cat's Cradle Book, which enact Warner's preoccupation with the dark forces at large in Europe in the later 1930s. The Cat's Cradle opens with a story about the talking cats that die of a murrain in a manor based on Warner's own Norfolk home with Valentine Ackland. `The Castle of Carabas' continues the story begun in `Dick Whittington'. `The Magpie Charity' is a political fable satirising institutional charity, `The Phoenix' relates an unfortunate combustion in the bird collection of Lord Strawberry, and `Bluebeard's Daughter' narrates the adventures of Bluebeard's daughter by his third wife, and her propensity for locked doors. Warner mixes fables and myths with storytelling traditions old and new to express her unease with modern society, and its cruelties and injustices. Greer Gilman's Introduction studies the amalgamation of fantasy and political concern that produces Warner's most radical writing. Greer Gilman is the author of Moonwise and Cloud & Ashes, and two critically-acclaimed novellas about the poet Ben Jonson, as well as poetry and criticism. Her fantasy fiction, rooted in British myth and ritual, has won the Tiptree, World Fantasy, and Shirley Jackson Awards.