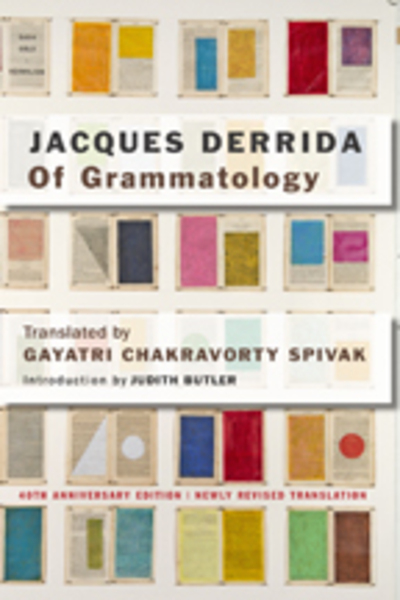 Jacques Derrida's revolutionary approach to phenomenology, psychoanalysis, structuralism, linguistics, and indeed the entire European tradition of philosophy-called deconstruction-changed the face of criticism. It provoked a questioning of philosophy, literature, and the human sciences that these disciplines would have previously considered improper. Forty years after Of Grammatology first appeared in English, Derrida still ignites controversy, thanks in part to Gayatri Chakravorty Spivak's careful translation, which attempted to capture the richness and complexity of the original. This fortieth anniversary edition, where a mature Spivak retranslates with greater awareness of Derrida's legacy, also includes a new afterword by her which supplements her influential original preface. Judith Butler has added an introduction. All references in the work have been updated. One of contemporary criticism's most indispensable works, Of Grammatology is made even more accessible and usable by this new release.