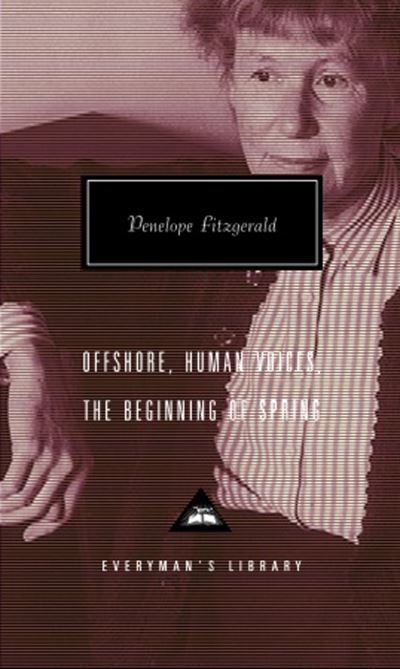 Sixty-one when she published her first novel, Penelope Fitzgerald based many subsequent books on the experiences of a long and varied life.

Offshore, which won the Booker Prize in 1979, explores her time living on a barge at Battersea Reach.

Human Voices takes place in the BBC where she worked during World War II. Both are vivid, intimate pictures of ordinary life, startling, sad and funny by turns, conjuring up complex worlds with the economy of poetry.

The Beginning of Spring is an historical novel operating on a larger canvas. It presents a life unknown to the author through a story of English emigres in pre-Revolutionary Russia and has been described by one critic as the best 'Russian' novel of the twentieth century.

Written with energy, passion and wit, and each quite different from the others, all three of these masterpieces reveal a lightness of touch with the most serious matters unlike anything else in contemporary fiction.