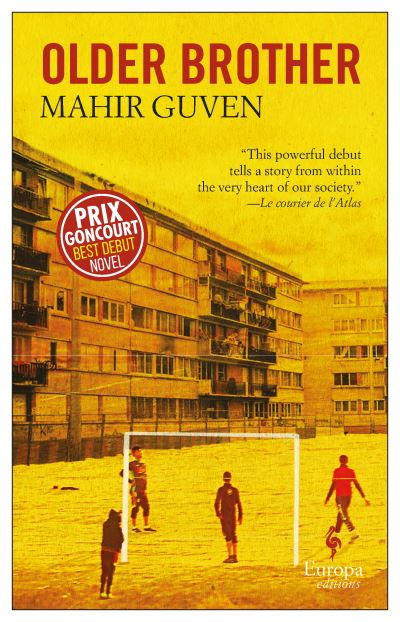 Older brother is a driver for an app-based car service. Closed off for eleven hours every day in his cab, constantly tuned in to the radio, he ruminates about his life and the world that is waiting just on the other side of the windshield.

Younger brother set out for Syria several months ago, full of idealism. Hired as a nurse by a Muslim humanitarian organization, he has recently stopped sending any news back home.

This silence eats away at his father and brother, who ask themselves over and over again: why did he leave? One evening, the intercom rings. Little brother has come home.

In this incisive first novel, Mahir Guven alternates between lively humour and the gravity imposed by the threat of terrorism. He explores a world of Uberized workers, weighed down by loneliness, struggling to survive, but he also describes the universe of those who are actors in the global jihad: indoctrination, combat, their impossible return . . . This is the poignant story of a Franco-Syrian family whose father and two sons try to integrate themselves into a society that doesn't offer them many opportunities.