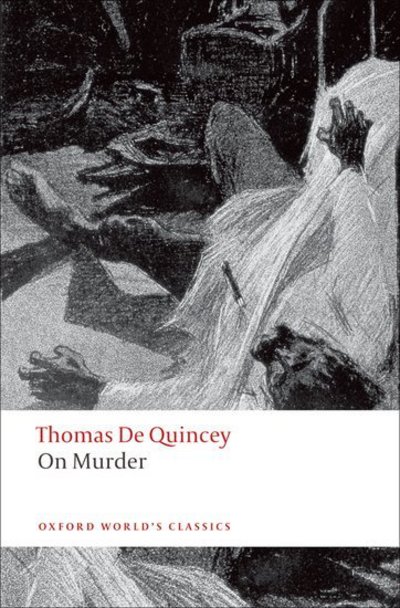 'For if once a man indulges himself in murder, very soon he comes to think little of robbing; and from robbing he comes next to drinking and Sabbath-breaking, and from that to incivility and procrastination' Thomas De Quincey's three essays 'On Murder Considered as One of the Fine Arts' centre on the notorious career of the murderer John Williams, who in 1811 brutally killed seven people in London's East End. De Quincey's response to Williams's attacks turns morality on its head, celebrating and coolly dissecting the art of murder and its perfections. Ranging from gruesomely vivid reportage and brilliantly funny satiric high jinks to penetrating literary and aesthetic criticism, the essays had a remarkable impact on crime, terror, and detective fiction, as well as on the rise of nineteenth-century decadence. The volume also contains De Quincey's best-known piece of literary criticism, 'On the Knocking at the Gate in Macbeth', and his finest tale of terror, 'The Avenger', a disturbing exploration of violence, vigilantism, and religious persecution. ABOUT THE SERIES: For over 100 years Oxford World's Classics has made available the widest range of literature from around the globe. Each affordable volume reflects Oxford's commitment to scholarship, providing the most accurate text plus a wealth of other valuable features, including expert introductions by leading authorities, helpful notes to clarify the text, up-to-date bibliographies for further study, and much more.