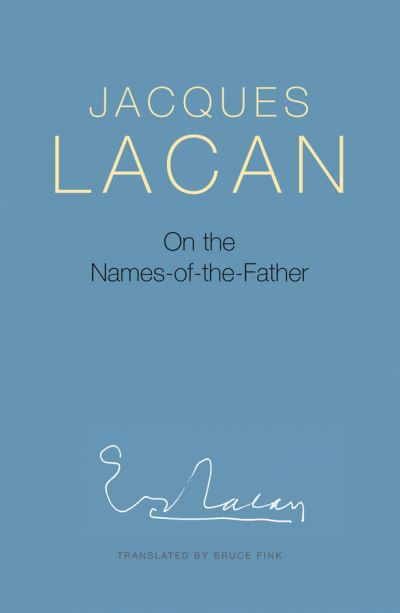 What astonishing success the Name-of-the-Father has had! Everyone finds something in it. Who one's father is isn't immediately obvious, hardly being visible to the naked eye. Paternity is first and foremost determined by one's culture. As Lacan said, "The Name-of-the-Father creates the function of the father." But then where does the plural stem from? It isn't pagan, for it is found in the Bible. He who speaks from the burning bush says of Himself that He doesn't have just one Name. In other words, the Father has no proper Name. It is not a figure of speech, but rather a function. The Father has as many names as the function has props. What is its function? The religious function par excellence, that of tying things together. What things? The signifier and the signified, law and desire, thought and the body. In short, the symbolic and the imaginary. Yet if these two become tied to the real in a three-part knot, the Name-of-the-Father is no longer anything but mere semblance. On the other hand, if without it everything falls apart, it is the symptom of a failed knotting. - Jacques-Alain Miller