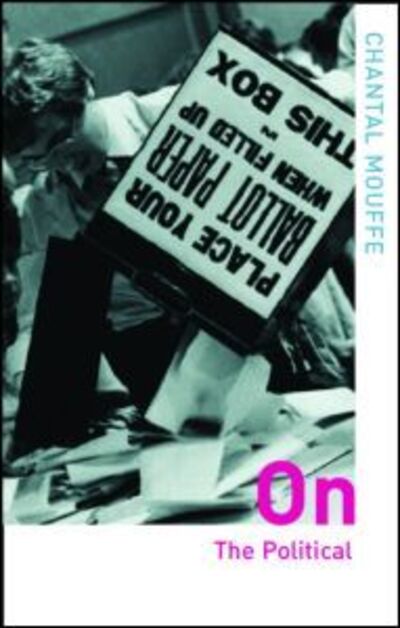 Since September 11th, we frequently hear that political differences should be put aside: the real struggle is between good and evil. What does this mean for political and social life? Is there a 'Third Way' beyond left and right, and if so, should we fear or welcome it?

This thought-provoking book by Chantal Mouffe, a globally recognized political author, presents a timely account of the current state of democracy, affording readers the most relevant and up-to-date information.

Going back first to Aristotle, she identifies the historical origins of the political and reflects on the Enlightenment, and the social contract, arguing that in spite of its good intentions, it levelled the radical core of political life.

Contemporary examples, including the Iraq war, racism and the rise of the far right, are used to illustrate and support her theory that far from combating extremism, the quest for consensus politics undermines the ability to challenge it. These case studies are also highly effective points of reference for student revision.

On the Political is a stimulating argument about the future of politics and addresses the most fundamental aspects of democracy that will aid further study.