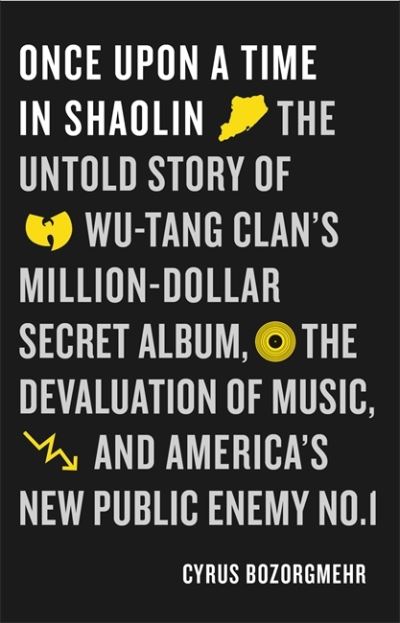 Once Upon a Time in Shaolin

The untold story behind one of the most controversial album releases in modern music history, for fans of the Wu-Tang Clan, hip-hop music, and all those interested in the music industry. Take a kid with a dream. A legendary hip hop group. 6 years of secret recordings. A casing worthy of a king. A single artifact. Hallowed establishment institutions. An iconoclastic auction house. The world's foremost museum of modern art. A bidding war. Endless crises of conscience. An angry mob. A furious beef. A sale. A villain of Lex Luthor-like proportions. Bill Murray. The FBI. The internet gone wild. In 2007, the innovative Wu-Tang producer, Cilvaringz, feeling that digitisation increasingly supported the perception of music as disposable, took an incendiary idea to his mentor, hip hop legend, RZA: create a unique physical copy of a secret Wu-Tang album, to be encased in silver and sold through auction as a work of contemporary art. The plan raised a number of complex questions: Would selling one album for millions be the ultimate betrayal of music? How would fans react to an album that's sold on condition it could not be commercialised? And could anyone justify the ultimate sale of the album to the infamous pharmaceutical mogul Martin Shkreli? "An epic battle between colorful, creative maniacal heroes and one of the blandest beta-villains of our time. Couldn't put it down."Patton Oswalt, comedian and bestselling author of Silver Screen Fiend