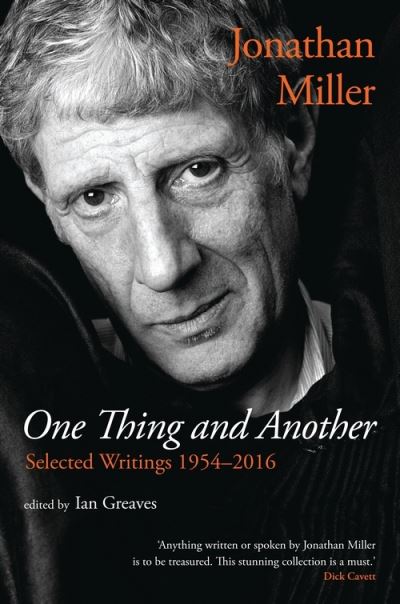 One Thing and Another

'Do you sometimes think that you might wish that you were a national treasure, like Alan Bennett?' 'I'm rather glad I'm not. I'm quite pleased to be what I think I am, which is a sort of national liability.' Over the course of seven decades, Jonathan Miller has been at the forefront of developments in theatre, opera, comedy, philosophy and scientific debate. This new collection brings together the very best of his acerbic writing. In keeping with Miller's grasshopper mind, One Thing and Another leaps from discussions of human behaviour, atheism, satire, cinema and television, to analysis of the work of M. R. James, Lewis Carroll, Charles Dickens and Truman Capote, by way of reflections on directing Shakespeare, Chekhov, Olivier and opera. A celebrated conversationalist, the book also features a selection of key interviews focusing on his working method. Jonathan Miller is internationally celebrated as one of the last great public intellectuals. Read One Thing and Another to find out why.