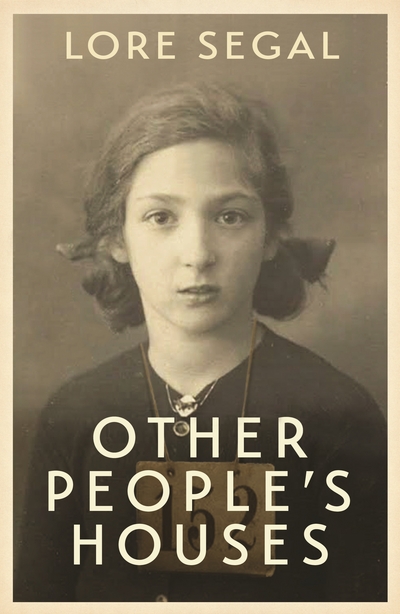 'First published 54 years ago and yet feels as timely as any book I've read this year' Observer Nine months after the Nazi occupation of Austria, 600 Jewish Children assembled at Vienna station to board the first of the Kindertransports bound for Britain. Among them was 10 year old Lore Segal. For the next seven years, she lived as a refugee in other people's houses, moving from the Orthodox Levines in Liverpool, to the staunchly working class Hoopers in Kent, to the genteel Miss Douglas and her sister in Guildford. Few understood the terrors she had fled, or the crushing responsibility of trying to help her parents gain a visa. Amazingly she succeeds and two years later her parents arrive; their visa allows them to work as domestic servants - a humiliation for which they must be grateful. In Other People's Houses Segal evokes with deep compassion, clarity and calm the experience of a child uprooted from a loving home to become stranded among strangers.