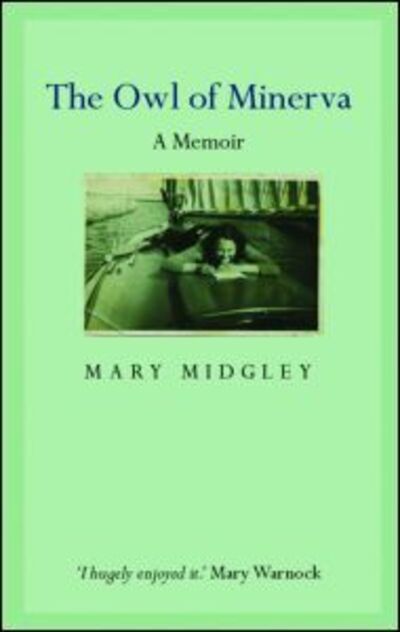 One of the UK's foremost living moral philosophers, Mary Midgley recounts her remarkable story in this elegiac and moving account of friendships found and lost, bitter philosophical battles and of a profound love of teaching. In spite of her many books and public profile, little is known about Mary's life. Part of a famous generation of women philosophers that includes Elizabeth Anscombe, Philippa Foot, Mary Warnock and Iris Murdoch, Midgley tells us in vivid and humorous fashion how they cut a swathe through the arid landscape of 1950s British Philosophy, writing and arguing about the grand themes of character, beauty and the meaning of rudeness. The mother of three children, her journey is one of a woman who during the 1950s and 1960s was fighting to combine a professional career with raising a family. In startling contrast to many of the academic stars of her generation, we learn that Midgley nearly became a novelist and started writing philosophy only when in her fifties, suggesting that Minerva's owl really does fly at dusk. Charting the highs and lows of philosophy and academia in Britain, this publication sheds light on Mary's close friends, her moral philosophy and her meetings with major philosophers, including Wittgenstein and Isaiah Berlin.