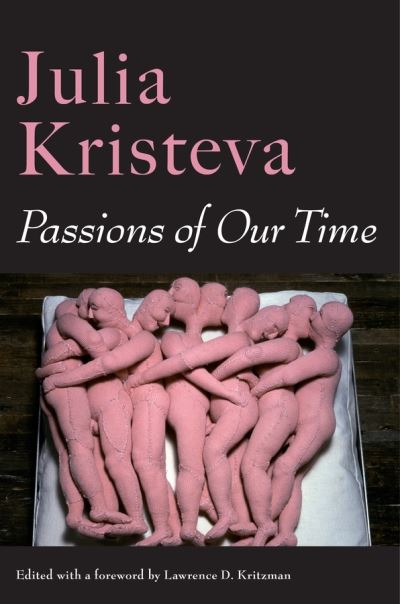 Passions of Our Time

Julia Kristeva is a true polymath, an intellectual of astonishingly wide range whose erudition and insight have been brought to bear on psychoanalysis, literary criticism, gender and sex, and cultural critique. Passions of Our Time showcases recent essays of Kristeva's that demonstrate the scope of her capacious intellect, her gifts as a stylist, and the profound contribution of her thought to the challenges of the present.

The collection begins with vivid recollection of celebrating, as a child in Bulgaria, Alphabet Day, the holiday honoring the Cyrillic letters, which proceeds outward into a contemplation of the writer as translator. Kristeva considers literature with Barthes, freedom through Rousseau, Teresa of Avila and mystical experience, Simone de Beauvoir's dream life, and Antigone and the psychic life of women. A group of essays drawing on her psychoanalytic work delve into Freud, Lacan, maternal eroticism, and the continued importance of psychoanalysis today. In a series of striking investigations, she thinks through disability and normativity, monotheism and secularization, the need to believe and the desire to know. Calling for the courage to renew and reinvent humanism, she outlines the principles of a stance founded on the importance of respecting human life. Finally, Kristeva discusses French culture and diversity, rethinking universalism and interrogating the potential for Islam and psychoanalysis to meet, and pays homage to Beauvoir by rephrasing her dictum into the provocative "One is born woman, but I become one."