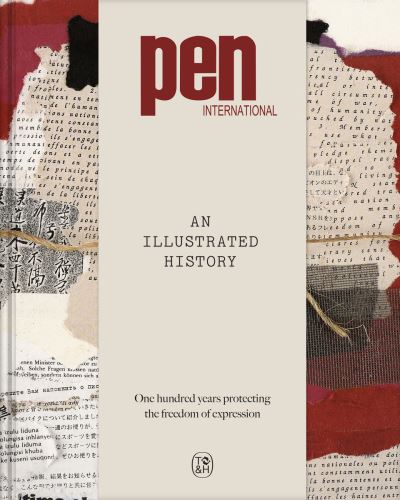 'I believe that despite the enormous odds which exist, unflinching, unswerving, fierce intellectual determination, as citizens, to define the real truth of our lives and our societies is a crucial obligation which devolves upon us all. It is in fact mandatory.' Harold Pinter, English PEN President and Literature Nobel 2005

PEN - 'Poets, Essayists, Novelists' - was founded in London in 1921 to promote friendship, intellectual co-operation and exchange between writers from around the world. It has since become a worldwide network of writers, a community extended to more than 100 countries who for 100 years has worked to celebrate all literatures without exception and protect freedom of expression.

What was PEN's role in shaping the very concept of human rights even before it was adopted by the United Nations in 1948? How did PEN develop fundamental ideas on free speech as well as the equality of languages and literatures? This book tells the extraordinary story of how writers from around the world placed the celebration of literature and the defence of free speech at the centre of humanity's struggle against repression and terror. From opposing book burning and the persecution of writers in Nazi Germany, to supporting dissident writers during the Cold War and campaigning for imprisoned writers in China today, PEN has worked to safeguard against all kinds of censorship and self-censorship. The extraordinary writers who have been PEN cases is a history of bravery and include Federico Garcia Lorca, Stefan Zweig, Musine Kokalari, Wole Soyinka, Salman Rushdie, Ngugi wa Thiong'o, Anna Politkovskaya, Hrant Dink and Svetlana Alexievich.

Those writers' voices, and those of the many others who have battled to uphold the opening phrase of PEN's Charter - 'Literature knows no frontiers' - are still very much with us. Without them, PEN International could not have become the strong, vibrant, active movement it is today.