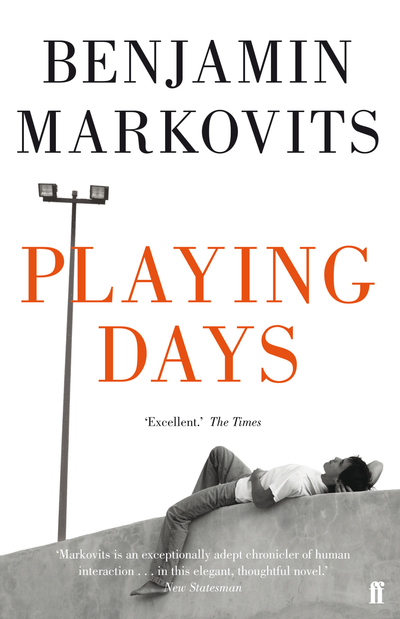 Fresh out of college and uncertain how to proceed with life, the narrator of Ben Markovits' Playing Days finds himself drifting towards a career that once obsessed his father - professional basketball. Gaining a place on a minor league German team, he leaves Texas and lands in the small rather desolate town of Landshut, playing basketball with an eclectic group of teammates, training for most of the day and then trying to find ways to fill the rest of it. It's an odd, isolated existence, punctuated by the intense excitement - and often intense disappointment - of the game. But then he meets Anke, a young single mother who happens to be the former wife of one of his teammates; and their tentative, burgeoning relationship becomes as significant and as life changing as the game itself. Beautifully written, Playing Days is entirely recognisable in its depiction of the first long summer after university. Tinged with the melancholy and nostalgia of early steps into adulthood, it's the story of a young man's first experience of adult love, and of the discovery of his own limitations.