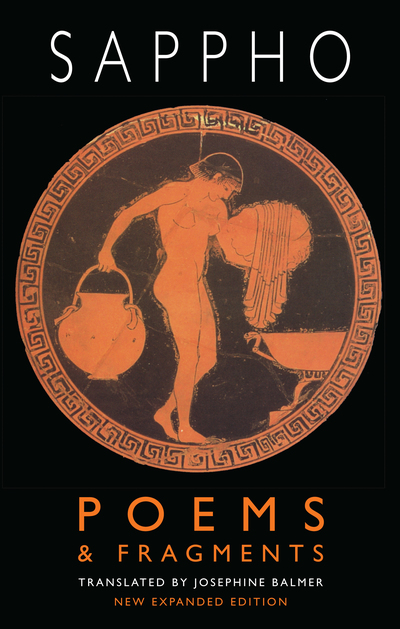 This second, expanded edition of Josephine Balmer's classic translation of the Greek poet Sappho has new, recently-discovered fragments, including the Brothers Poem, the Kypris Song and the Cologne Fragment. In a new essay on these additions she discusses the issues raised in the translating – and in some cases retranslating – of these fragmentary and ever-shifting texts. Poems & Fragments is now the only complete, readily-available translation in English of Sappho's surviving work.

She lived on the island of Lesbos around 600 BC, and even in her lifetime, her work was widely known and admired in the Greek world. Plato called her 'the tenth muse', and she was a major influence on other poets, from Horace and Catullus to more recent lyric poets. Yet in later centuries, speculation about her sexuality has tended to diminish her poetic reputation. One medieval pope considered her so subversive that her poems were burned.

Some of her poems were written for the women she loved, but her circle of women friends and admirers was not unlike Socrates' circle of followers. She may have been a lesbian in the modern sense, or she may not, but to call her a lesbian poet is an over-simplification. What remains is her poetry, or the fragments which have survived of it, and her intense, sensuous, highly accomplished love poems are among the finest in any language.

First published in 1984 and revised in 1992, Josephine Balmer's edition brings together all the extant poems and fragments of Sappho. In a comprehensive introduction, she discusses Sappho's poetry, its historical background and critical reputation, as well as aspects of contemporary Greek society, sexuality and women.

'Balmer's translations are the best I have read to date. She gives me the trace of a spirited, deed-minded, direct, guileless soul, and she modestly fulfils Boris Pasternak's demand that “ideally translation too will be a work of art; sharing a common text, it will stand alongside the original, unrepeatable in its own right” ' - Christopher Logue, Literary Review

'If Josephine Balmer's new translations can bring Sappho's sensuous clarity, her genius, back into prominence, they will perform an invaluable service not only to us, but to poetry.' - Harriett Gilbert, Sunday Times