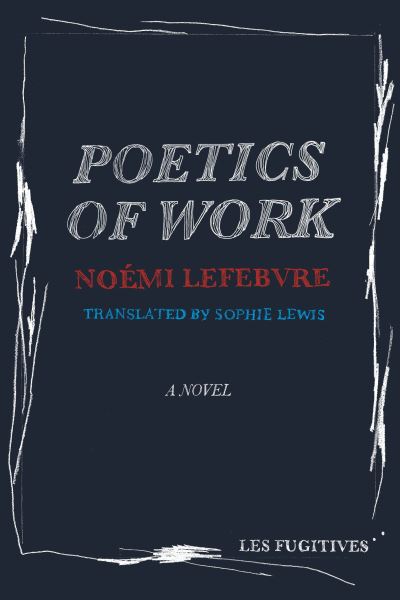 I was trying not to think about looking for work, which is immoral, I wasn't hoping to earn a living, which is pretty unusual, I couldn't have cared less about the cash, which is reckless in these times of very grave threats, but I was scraping a living already, which was repugnant, on the miniscule royalties from a thickwit novel, which is scandalous, which I'd created from the stories of a brilliant and brittle grand dame of theatre, survivor of a romance full of stereotypes, which makes you think though I don't know what about.' Sparring with the spectre of an over-bearing father, torn between the push to find a job and the pull to write, the narrator wanders into a larger debate, one in which the troubling lights of Kafka, Kraus, and Klemperer shine bright. Set against the backdrop of police brutality and rising nationalism that marked the state of emergency following the 2015 terrorist attacks in Paris, Poetics of Work takes a jab at the values of late capitalism. Hence these ten 'lessons to today's young poets' - a blistering treatise of survival skills for the wilfully idle