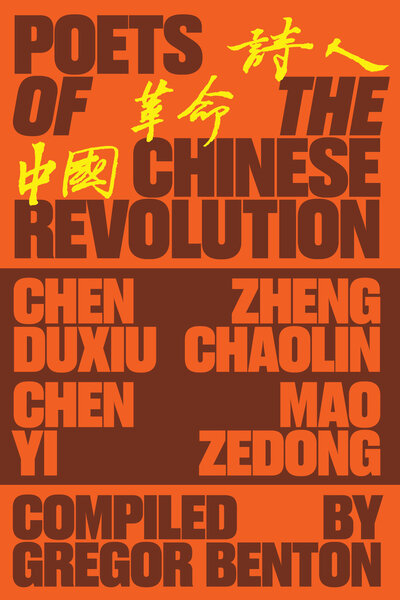 Poets of the Chinese Revolution

How poetry and revolution meshed in Red China This is a book of poems by four veteran Chinese revolutionaries. Chen Duxiu led China's early cultural awakening before founding the Communist Party in 1921. Mao led the Party to power in 1949. Zheng Chaolin, Chen Duxiu's disciple and, like him, a convert to Trotskyism, spent 34 years in jail, first under the Nationalists and then under Mao. The guerrilla Chen Yi wrote poems in mountain bivouacs or the heat of battle. All wrote in the classical style, which Mao Zedong officially proscribed, though he and other leaders kept using it. Poetry, especially classical poetry, plays a different role in China, and in Chinese revolution, from in the West - it is collective and collaborative. The four poets were entangled with one another in various ways. Chen Duxiu inspired Mao, though Mao later denounced him. Mao and Zheng joined the leadership under Chen Duxiu in the 1920s, though Mao later gaoled Zheng. The maverick Chen Yi was Zheng's associate in France and Mao's comrade-in-arms in China, but he clashed with the Maoists in the Cultural Revolution. Together, the four poets illustrate the complex relationship between Communist revolution and Chinese cultural tradition.