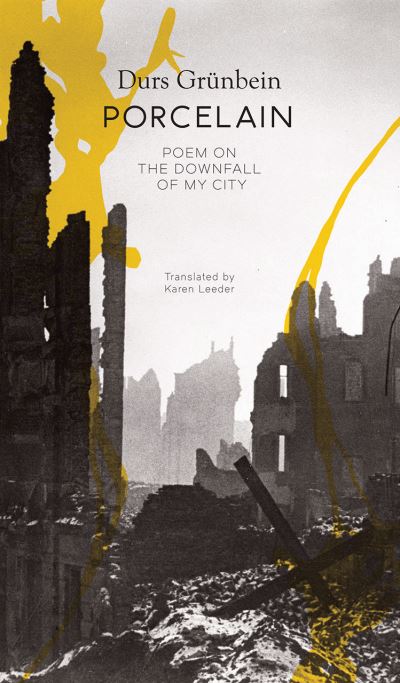 Porcelain is a book-length cycle of forty-nine poems written over the course of more than a decade that together serve as a lament for Durs Grunbein's hometown, Dresden, which was destroyed in the Allied firebombing of February 1945. The book is at once a history and "declaration of love" to the famed "Venice on the Elbe," so catastrophically razed by British bombs; a musical fusion of eyewitness accounts, family memories, and stories, of monuments and relics; the story of the city's destiny as seen through a prism of biographical enigmas, its intimate relation to the "white gold" porcelain that made its fortune and reflections on the power and limits of poetry. Musical, fractured, ironic, and elegiac, Porcelain is controversial, too, in setting itself against what Grunbein calls the "myth" of the Germans as innocent victims of a war crime. At the same time, it never loses sight of the horror deliberately visited on an unwitting civilian population, nor the devastation that looms so large in the German memory. Published for the first time in English, on the seventy-fifth year anniversary of the firebombing, this edition contains new images, notes, Grunbein's own reflections and an additional canto-an extraordinary act of poetic kintsugi for the fractured remains of Dresden's memory.