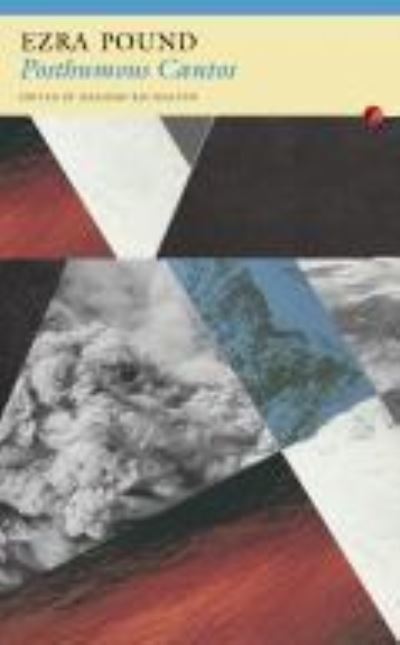 Ezra Pound's Posthumous Cantos collects unpublished pages of his great poem, drawn from manuscripts held in the archive at Yale's Beinecke Library and elsewhere. They are assembled by Pound's Italian translator, the critic and scholar Massimo Bacigalupo, into a companion book to the Cantos, running from 1917 to 1972 and including the Cantos he wrote in Italian in 1944-5. An Italian edition was published in 2002 and revised in 2012. This is the first English edition of a crucial part of the Pound canon. Posthumous Cantos is arranged to reflect the eight phases of the Cantos' composition. Pound's writing suffered the consequences of the turbulent history of his century. World War I left the cultural world he came to Europe for in ruins; and the aftermath of the World War II in which he took a contrary side, made his work, like his life, discontinuous, a sequence of brilliant moments and profound ruptures.