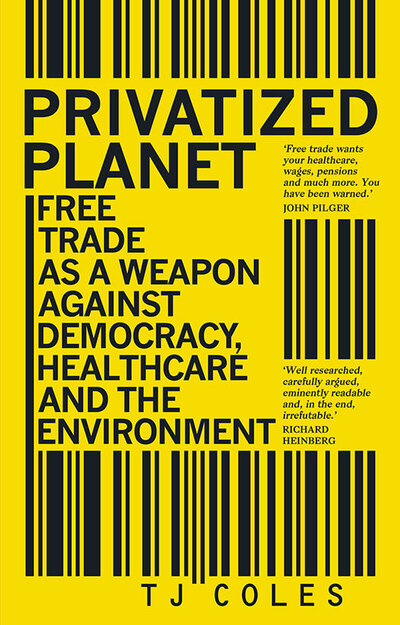 President Trump has torn up the TTIP and TPP. Britain is distancing itself from the European Union. Does this means that corporate globalization is in retreat? Privatized Planet exposes the truth about 'free trade' in this new era of globalization. Quoting leaked documents, corporate lobby memos and a host of other primary sources, it seeks to prove that corporate globalization is simply changing shape, not coming to an end. And this time, it's even worse for working people... Author T.J. Coles takes us on a tour of US-led corporate free trade deals from WWII to the present. He argues that activists helped beat back the big multilateral trade deals, TTIP and TPP, and that they must now pay attention to the 'noodle bowl' (as economists call it) of bilateral deals being signed in secret, like the ongoing US-UK free trade deal. Whether it's privatizing Britain's National Health Service, lobbying to get genetically-modified foods and hormone-treated beef into Europe, pushing fracking on Eastern European countries, or murdering environmental activists in the third world, the US-led corporate empire will stop at nothing until the planet is in private hands.