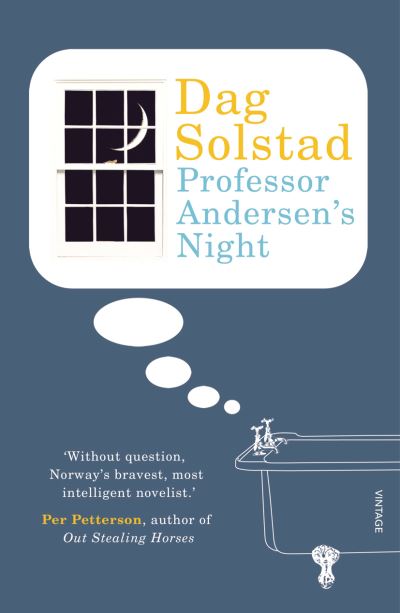 It is Christmas Eve, and 55-year-old Professor Pal Andersen is alone, drinking coffee and cognac in his living room. Lost in thought, he looks out of the window and sees a man strangle a woman in the apartment across the street.

Professor Andersen fails to report the crime. The days pass, and he becomes paralysed by indecision. Desperate for respite, the professor sets off to a local sushi bar, only to find himself face to face with the murderer.

Professor Andersen's Night is an unsettling yet highly entertaining novel of apathy, rebellion and morality. In flinty prose, Solstad presents an uncomfortable question: would we, like his cerebral protagonist, do nothing?