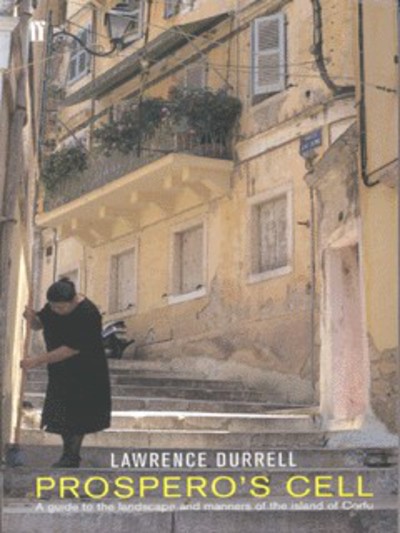 Lose yourself in this glorious memoir of the island jewel of Corfu by the king of travel writing and real-life family member of The Durrells in Corfu. 'In its gem-like miniature quality, among the best books ever written.' New York Times In his youth, before he became a celebrated writer and poet, Lawrence Durrell spent four transformative years on the island jewel of Corfu, fascinated by the idyllic natural beauty and blood-stained ancient history within its rocky shores. While his brother Gerald collected animals as a budding naturalist - later fictionalised in My Family and Other Animals and filmed as The Durrells in Corfu - Lawrence fished, drank and befriended the local villagers. After World War II catapulted him back into a turmoiled world, Durrell never forgot the wonders of Corfu. Prospero's Cell is his magical evocation of the blazing Aegean landscape, brimming with memories of the places and people that changed him forever. 'Some writers reinvent their language; others the world. Durrell did both.' Andre Aciman 'Invades the reader's every sense ... Remarkable.' Victoria Hislop 'These days I am admiring and re-admiring Lawrence Durrell.' Elif Shafak 'Our last great garlicky master of the vanishing Mediterranean.' Richard Holmes 'Corfu could not have found a fitter chronicler.' Daily Telegraph 'A charming idyll ... Delightful.' Sunday Times