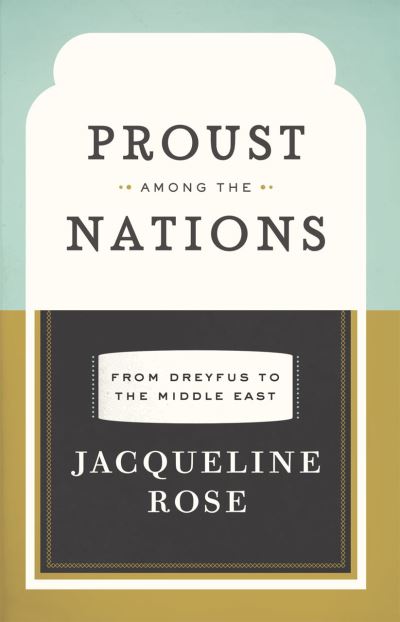 Proust among the Nations

Known for her far-reaching examinations of psychoanalysis, literature, and politics, Jacqueline Rose has in recent years turned her attention to the Israel-Palestine conflict, one of the most enduring and apparently intractable conflicts of our time. In "Proust among the Nations", she takes the development of her thought on this crisis a stage further, revealing it as a distinctly Western problem. In a radical rereading of the Dreyfus affair through the lens of Marcel Proust in dialogue with Freud, Rose offers a fresh and nuanced account of the rise of Jewish nationalism and the subsequent creation of Israel. Following Proust's heirs, Beckett and Genet, and a host of Middle Eastern writers, artists, and filmmakers, Rose traces the shifting dynamic of memory and identity across the crucial and ongoing cultural links between Europe and Palestine. A powerful and elegant analysis of the responsibility of writing, Proust among the Nations makes the case for literature as a unique resource for understanding political struggle and gives us new ways to think creatively about the violence in the Middle East.