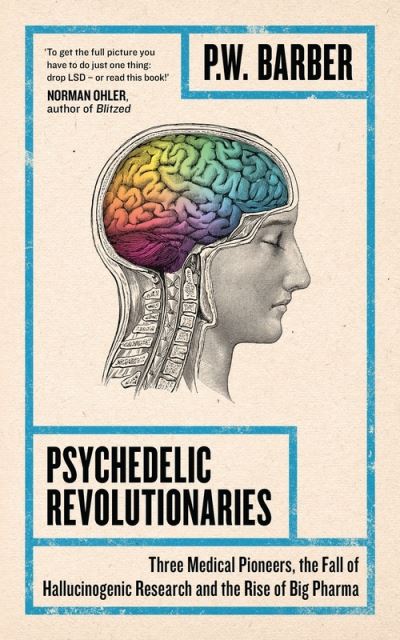 The post-World War II era was a tumultuous period in the world of psychiatry. Medical history has cast it as a clash between biology and psychoanalysis or as a time that lacked objectivism, that is until the introduction of psychotropic drugs such as chlorpromazine which triggered a change in our treatment of mental health as profound and far-reaching in its consequences as the war itself. In the early years of this psychopharmacological revolution, hallucinogens such as mescaline and LSD played as much of a role as other psychotropics. In fact, psychedelics constituted a scientific revolution in their own right, one that does not however fit the narrative of twentieth century scientific history. Looking beyond the countercultural manifestations and references that have for decades obfuscated the psychedelic story, historian P.W. Barber delves into a serious examination of both the science and the people behind the research. Showing why and how this experimentation unfolded, what its findings were and how these findings were received both within and outside the scientific community, Psychedelic Revolutionaries completely resets a long-misunderstood history by following the work of three pioneering psychiatrists - Humphry Osmond, who coined the term 'psychedelic' and administered Aldous Huxley his first dose of mescaline, Abram Hoffer and Duncan Blewett, also known as the 'Leary of the North'. While considering how it is that scientific discoveries become accepted as established truths, Barber invites us to ask: what is it that makes a scientific discovery revolutionary?